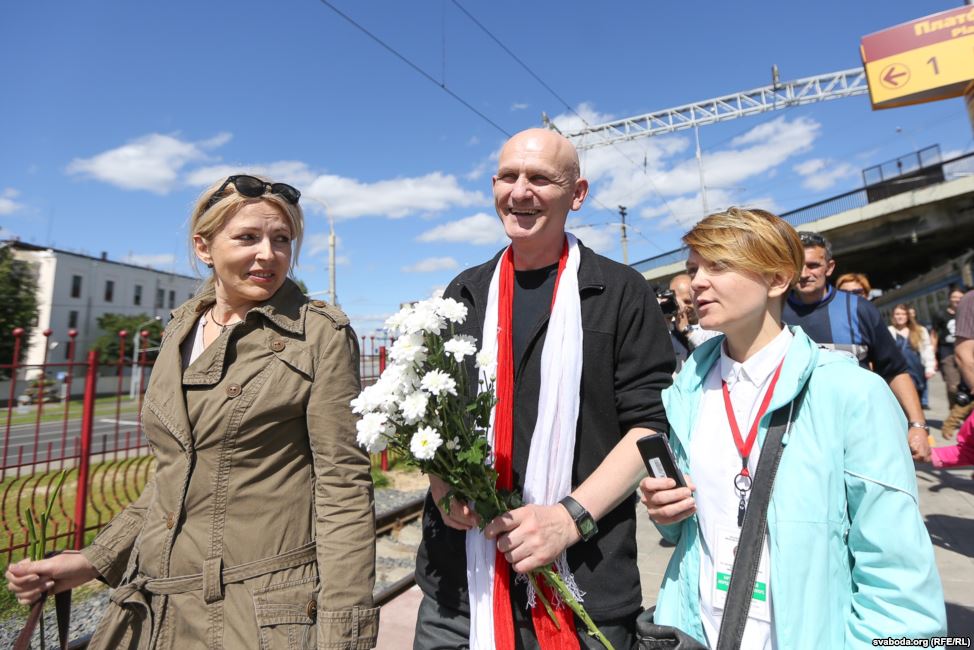 Since the disputed August 9, 2020 presidential election in Belarus scores of consistently shocking images have emerged: peaceful protesters brutally assaulted by riot police, stun grenades fired into peaceful crowds at short range, and the blood-stained faces and severely bruised bodies of men and women released from detention. These have been accompanied by scores of harrowing accounts sexual violence and other torture and ill-treatment of detainees arrested for peaceful protest. The number of people arrested since the election exceeds 27,000 and continues to grow. Many hundreds have testified of torture and other ill-treatment, and several protesters have died.

Thousands of children and young people in Belarus are serving lengthy prison sentences after being convicted— often in unfair trials—for minor, non-violent drug-related offences that they committed or allegedly committed when they were minors. In cases brought to Amnesty International’s attention, children as young as 16 have been sentenced to between eight and ten years’ imprisonment under Article 328 of the Belarusian Criminal Code for “illicit trafficking in narcotic and psychotropic substances, their precursors and analogues.”

Some cases involve children who had worked for anonymous online suppliers, including those unaware that they were transporting illicit drugs. In most of the cases Amnesty has analyzed, they were found guilty of being “part of a group” or “part of an organized group” although the authorities failed to identify or prosecute any other members of “the group.” Other children were found guilty of charges such as trafficking, despite the fact that they were found with a negligible amount of drugs or none at all. Still others were targeted for non-cooperation with drug enforcement officials trying to use them as secret informers and provocateurs to implicate others.

There are consistent allegations of human rights violations, including excessive use of force by law enforcement officials at the point of arrest or detention, the use of unsubstantiated or disproportionately harsh charges against suspects, violations of their right to a fair trial, failure to inform their legal guardian and lawyer following their arrest, arbitrary deprivation of liberty, and discriminatory treatment in prisons of children and young people imprisoned on charges under Article 328.

At 17, Emil Ostrovko had his whole life ahead of him, but his dreams were shattered when he was charged with ‘illicit drug trafficking as part of an organized group’ after taking an after-school courier job at a company which, he was told, sold legal smoking blends.

Investigators never looked for the owner of the company. Only Emil was prosecuted. After an unfair trial, Emil was given a lengthy prison sentence.

In the juvenile prison colony, Emil was made to work very long hours doing manual labor, and he got frost bite from clearing the snow with his bare hands. Emil is believed to be one of around 15,000 people serving lengthy prison sentences in Belarus for minor, non-violent drug offences.

Freedom of expression, peaceful assembly, and association are severely restricted in law and in practice in Belarus. Government critics face harassment and other reprisals from the authorities, including in administrative and criminal proceedings.

The Law on Mass Events—which entered into force in January 2019—established new procedures and fees for organizers of public events, obliging them to pay policing, medical, and clear-up costs. All assemblies require prior notification and the authorities’ express permission. Moreover, the notification procedure has been extended to specific, previously pre-approved, areas (typically in remote locations). Approval for assemblies in other areas is in practice often refused or delayed. Article 23.34 of the Code of Administrative Offences (“violating the rules of organizing and holding mass events”) is continually used to prevent people from exercising their right to peaceful assembly.