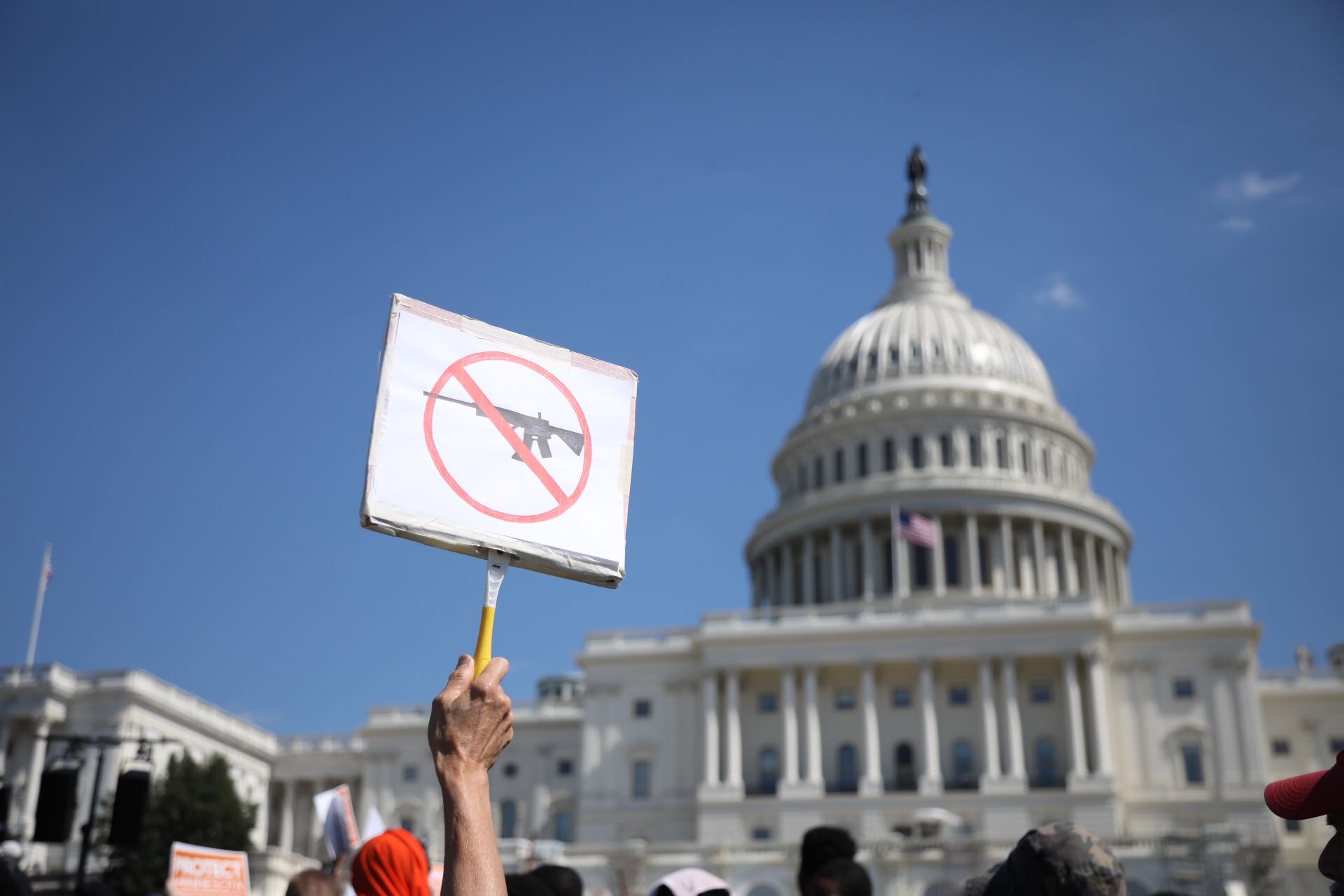 The COVID-19 pandemic is exacerbating the gun violence crisis. Persistent gun violence in the U.S. is denying people their civil and political rights including their right to be free from discrimination. The U.S. has a duty to take action to address this public and human rights crisis.

The shortcomings of a patchwork of state gun regulations are clear in this time as communities feeling the impact of gun violence are being hit the hardest by the unintended consequences of measures to halt the pandemic. The federal government must act to secure nationwide protections for everyone.

Without adequate regulation, more guns in our communities, especially among first-time buyers, will increase the gun violence crisis. Government programs are currently closed or operating at reduced capacity and requirements for training prior to permit issuance are being waived. This results in deadly weapons in people’s possession without proper training. Further, online retailers of guns and ammunition have seen a significant increase in sales. In many states, people at risk of misusing firearms can buy guns online without going through a background check.

While some states have extreme risk protection orders (ERPO) so courts can temporarily remove a weapon from someone proven to be at risk, most U.S. states have no ERPO law. Thus, concerned family members have no recourse to temporarily remove firearms from someone proven to be a risk, demonstrating the need for a national standard. In some states where courts have closed, there may be limited access to protection orders meaning emergency mechanisms aren’t available. Victims of gun violence who are shot during this pandemic will require emergency care, putting additional strain on hospitals and health care providers already struggling to cope.

In this time, we are seeing children, domestic violence (DV) survivors, and other groups have increased risks. With over 4.5 million U.S. children living in homes with a loaded, unlocked gun, the risk of accidental shootings has increased. Varying levels of stay-at-home guidance is resulting in individuals at risk of domestic violence being confined with their abusers. The presence of guns in the home amplifies this danger as DV is significantly more likely to result in murder than in a home with no gun. Social isolation, economic uncertainty, and generally heightened anxiety during this time, combined with easy access to guns, may also increase the already rising rate of suicides by firearm.

While hate crimes in the U.S. were already on the rise before COVID-19, xenophobic attacks have also increased in the past few months. This wave of bigotry—especially combined with the rush to purchase guns—may increase hate violence and must be closely monitored.

Gun homicides in the U.S. disproportionately impact communities of color, with African Americans being ten times more likely to be the victims of gun homicides than white Americans. The causes of gun violence in communities of color are multi-faceted with entrenched issues around poverty, discrimination, and economic, social and cultural rights only amplified in this time. As firearms flood the market, many individuals for whom home is not safe are concerned about their safety, limited access to information, lack of access to personal protective equipment and physical and mental health care. These issues are also amplified amongst the undocumented community and their families who may be struggling with food insecurity, little or no access to health care, fear of ICE raids, and limited or no employment benefits.

“In the Line of Fire: Human Rights and the US Gun Violence Crisis” (September 2018), about how all aspects of American life have been compromised in some way by the unfettered access to guns (available here)