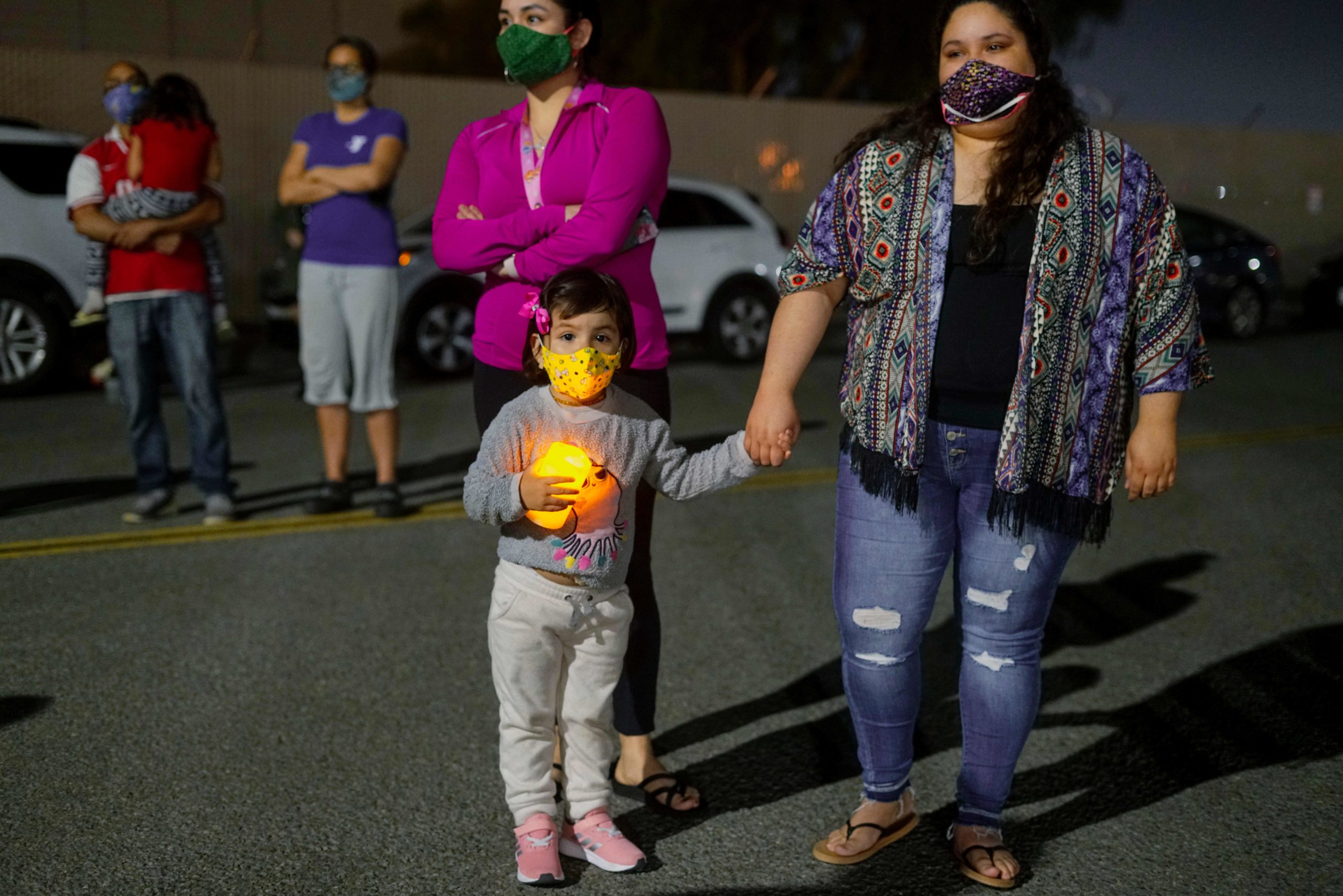 The Trump administration is failing to adequately protect tens of thousands of asylum-seekers and immigrants detained by Immigration and Customs Enforcement (ICE), who are held in over 200 detention centers across the United States.

Paola* and Jose* are fleeing horrific abuse at the hands of Paola’s kidnapper and domestic abuser in Guatemala. While detained by Customs and Border Protection (CBP) at the Donna tent facility in Texas, she and her infant son were subject to a rapid deportation program, and were never provided the opportunity to seek legal assistance. When Paola asked, CBP told her “the lawyers aren’t working right now because of coronavirus.” With air conditioning blasting in the tent, they slept on the floor with a mat and aluminum blanket. Jose, who has respiratory issues, quickly became very ill and tested positive for the flu. After he developed breathing problems in medical isolation in another CBP facility, he was sent to a hospital for five days and put on a machine to help him breathe. Jose spent his first birthday hospitalized under CBP custody. Now detained by ICE in the Dilley family detention facility, Jose has deteriorated again, suffering a cough and restricted breathing.

In recent years, the use of immigration detention has ballooned. Today, tens of thousands of immigrants, including thousands of asylum-seekers and families with children, are held in Department of Homeland Security (DHS) facilities throughout the country while they fight for their right to stay in the United States. Though immigration detention is civil, not criminal, and is meant primarily to ensure that people show up at their hearings, in practice, detention facilities look and feel like prisons and punish people for seeking protection here. Even though the government could use alternatives to detention – which better respect the right to liberty and cost pennies on the dollar compared to immigration detention – it continues to fail to do so.

COVID-19 presents a looming disaster in immigration detention facilities. Public health experts recently concluded that, unless ICE takes drastic measures to reduce the detention population, anywhere between 72 percent to nearly 100 percent of detainees could contract the virus, overwhelming local hospital capacity and endangering both detainees and the larger community.

Amnesty International has received credible, consistent, and disturbing accounts by detainees of dangerous conditions in ICE’s immigration detention facilities, which needlessly put all those detained there at a higher risk of contracting COVID-19. For detainees who are older or have underlying medical conditions, such exposure is more likely to be fatal.

Detainees and their lawyers have shared harrowing details of ICE’s reckless endangerment of people in its custody, in violation of Centers for Disease Control and Prevention (CDC) standards on the prevention of COVID-19 in places of detention. ICE and its detention facilities have failed to provide detainees with sufficient soap and sanitizer, or facilitate their “social distancing” to prevent the spread of COVID-19 within its crowded detention facilities. Additionally, ICE has not abided by CDC standards for quarantining and medical isolation. Nor has it halted the unnecessary transfers of detainees between ICE facilities, or sufficiently provided detainees with lifesaving information on COVID-19 and necessary precautions to prevent contracting the virus.

As COVID-19 cases increase exponentially across the United States, detainees have launched hunger strikes in multiple ICE immigration detention facilities, demanding to be released. U.S. authorities are fully responsible for all individuals in the custody of ICE, and therefore may be liable for any preventable deaths under their watch.

ICE has the authority and obligation to grant humanitarian parole to immigration detainees, before any more people in its custody contract COVID-19 and suffer irreparable harm. ICE’s unnecessary and punitive detention of immigrants and asylum-seekers, based solely on their immigration status, constitutes ill-treatment and discriminatory denial of the right to health, particularly for older people and other individuals at higher risk of serious harm or death if they contract the virus. The arbitrary detention of immigrants and asylum-seekers only pushes them deeper into harm’s way, in unhygienic and unsafe environments, contrary to international human rights and public health guidelines.

This public health crisis presents an opportunity for the United States to reform its practice of needless, costly, and punitive immigration detention, which has caused tremendous human suffering and now poses a potential human rights crisis.