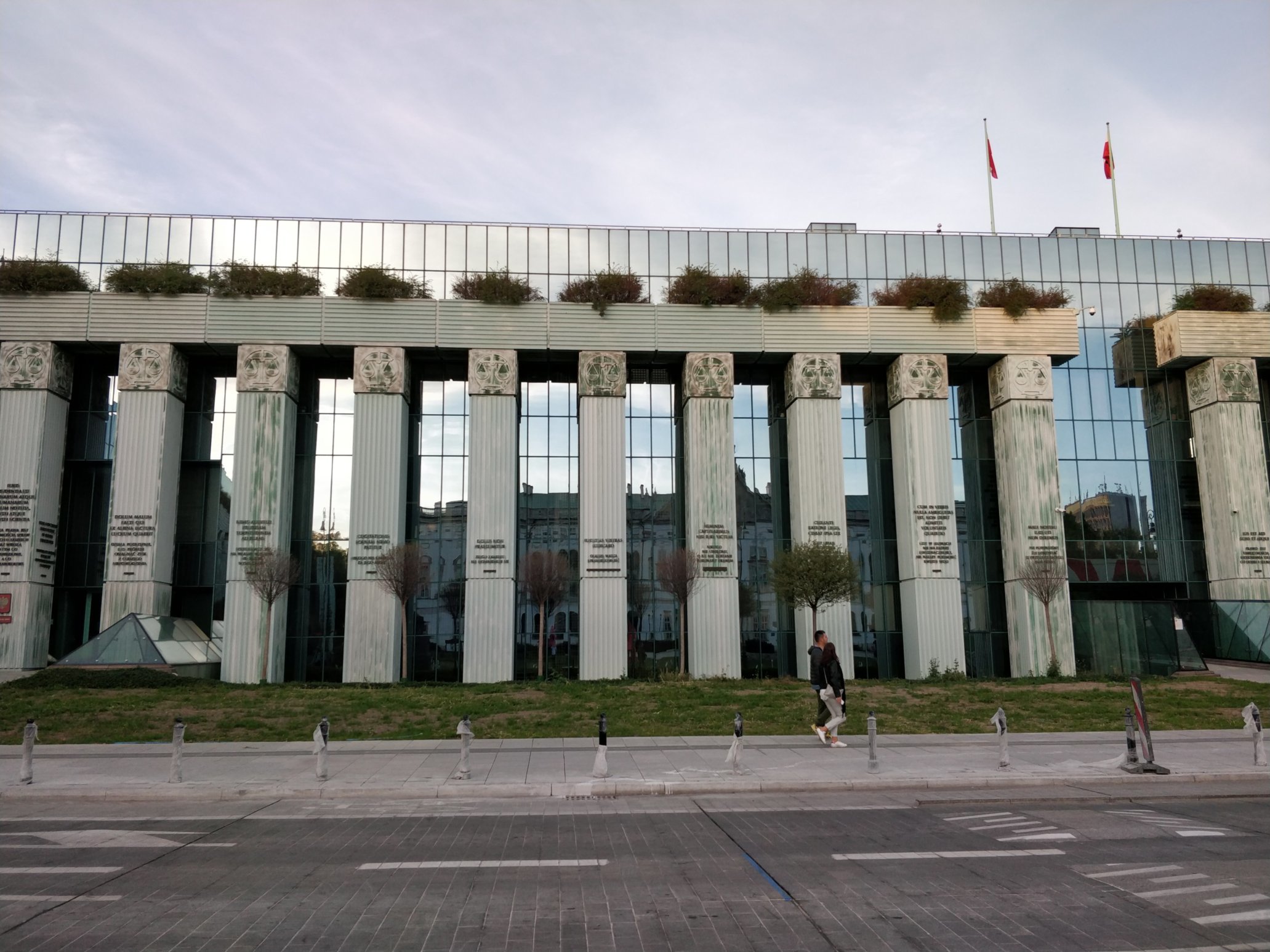 SUPPORT THE STRUGGLE OF THE JUDGES, PROSECUTORS AND LAWYERS FOR THE INDEPENDENCE OF THE JUDICIARY

Since late 2015, the government of Poland has implemented legal and policy changes that undermine the independence of the judiciary. This represents a problem for both the judiciary and for people in Poland who rely on the courts to protect their human rights. Dozens of judges who spoke out against the government’s “reforms” faced disciplinary proceedings, and there are some cases of the authorities considering use criminal charges, such as defamation.

On November 11, 2017, during the annual Independence Day march in Warsaw, 14 women stood near one of the main bridges and opened a 7-meter-long banner that read “Fascism Stop.” The march has attracted extremist, far-right demonstrators since its inception. The march participants responded by verbally and physically attacking the women. Videos obtained by Amnesty International depict marchers kicking, hitting, spitting on, and verbally abusing the 14 women. Some people grabbed one of them by the neck and dragged her onto the pavement. Others violently pushed another of the women protestors to the ground; she lost consciousness and had to be attended to by medical personnel.

Upon arrival, the police ID-checked the women and questioned their presence at the march. The police did not approach or question any of the marchers.

In September 2018, the prosecutor closed the investigation into the complaint filed by the 14 women who alleged they had been verbally and physically attacked. While an investigation was restarted following an appeal by the women, it was then shuttered for a second time. Instead, the women themselves faced fines for “interfering with a lawful assembly” in a separate proceeding. These charges against the women were finally quashed in late 2019.

In 2016, the government took control over the Constitutional Tribunal, a court in charge of reviewing adopted legislation as well as individual human rights petitions. Then, in 2017, the government targeted the National Council of the Judiciary (NCJ), a constitutional body responsible for safeguarding the independence of the judiciary in Poland. It has 25 members, of which 15 are judges. While in the past, the judges were elected by their peers, now they are elected by the Parliament. In December 2019, the Supreme Court ruled that the National Council of the Judiciary was appointed in a manner that does not guarantee its independence.

In 2018, the independence of the judiciary received another blow. The Ministry of Justice started implementing the new disciplinary regime. Professional associations of judges in Poland have spoken out against the new system of disciplinary proceedings, the power over which is concentrated in the hands of the Minister of Justice. The Association of Judges has likened the new system of disciplinary proceedings as like an “inquisition.” Amnesty International has raised concerns that the proceedings were using against judges in some cases for simply doing their work.

The government’s campaign against judicial independence has had real life consequences for judges and for people petitioning for justice. Judges who spoke out against the government’s policies have told Amnesty that they have received hate mail, abusive text messages, and even smear campaigns on national television. The number of peaceful protestors facing prosecutions has increased.