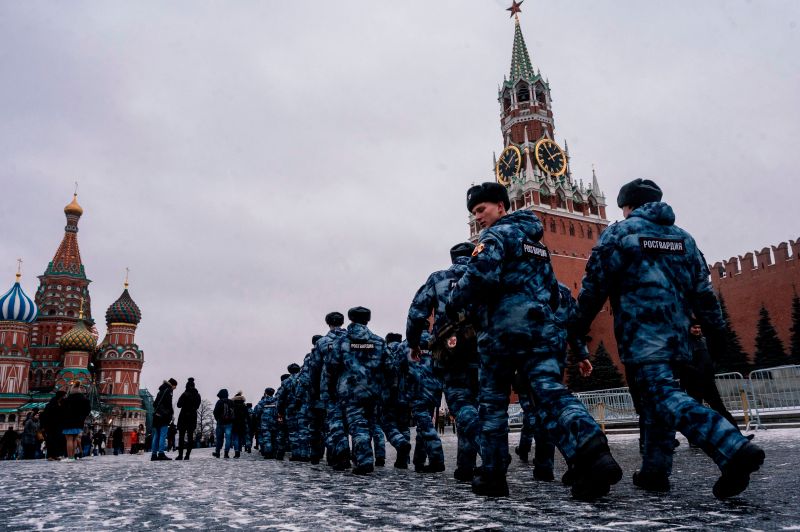 The government of Russia’s human rights record is abysmal. Russian officials have leveraged the full power of the state’s legislative, judicial, and carceral powers to suppress dissent. In doing so, they have suppressed peaceful demonstrations, targeted vulnerable communities, and jailed critics.

In 2017, Russians outraged at the Kremlin’s proposals to cut social benefits and endemic corruption in government took to the streets. While demonstrations have frequently taken place in Moscow and St. Petersburg, the 2017 protests marked an escalation, as tens of thousands marched in cities across the country. Since that time, Russia’s security services have responded to this new wave of mostly peaceful activism with ferocity. The government has used a raft of measures to stifle dissent: preemptively arresting opposition leaders, cordoning off city streets, denying permits to organizers, slapping participants with heavy fines, beating demonstrators with batons, and arresting people en masse.

Dedicated to chronicling abuses in the Soviet Union and spotlighting current human rights violations, Memorial is one of the most storied civic organizations operating across the former Soviet Union. In Russia, the organization is under sustained attack. In 2009, Natalia Estemirova, a researcher for the organization in the North Caucasus, was abducted by unknown assailants and subsequently shot. In 2018, her successor Oyub Titiev was arrested on fabricated drug charges. He was paroled after spending one and a half years in prison. Memorials offices have repeatedly been subjected to raids by security personnel. As of December 2019, Memorial has been fined 19 times by the Russian government under the “foreign agents” law.

In January 2021, Russian authorities launched a violent crackdown on peaceful protesters demanding the release of arbitrarily detained opposition activist Aleksei Navalny, and an end to government corruption. Following his alleged poisoning in August 2020, Navalny was transferred for treatment in Germany. When he returned to Moscow on January 17, he was arrested. Massive and overwhelmingly peaceful protests against his arrest took place across Russia in January and February 2021 during which more than 11,000 people were arbitrarily arrested, often violently. Hundreds of peaceful protesters were put under “administrative arrest” following unfair trials and held in conditions that amounted to torture or other ill-treatment. A number of Aleksei Navalny’s associates and high-profile supporters, as well as ordinary demonstrators, are also facing trumped-up criminal charges related to the protests.

These human rights abuses are buoyed by an array of legislation that empowers the government to silence dissent. In 2012, President Vladimir Putin signed a law requiring any NGO receiving foreign funding and engaging in “political activity” to register as a “foreign agent”, broadly interpreted by many Russians to signify a spy. In 2017, the bill’s scope was expanded to cover foreign-funded media and in 2019, the “foreign agents” status was expanded to cover individuals. In 2015, a separate law allowed the Russian government to shutter organizations it deems “undesirable”.

Members of the LGBTI community have faced particular violence at the hands of Russian government. In 2017, security services in Chechnya arrested 100 men who are gay or perceived to be gay. The men reported being beaten, tortured, and forced to disclose the names of other LGBT individuals. Some of those detained were killed. Despite massive international condemnation, Chechen authorities resumed the crackdown in 2019. Over 40 individuals were arrested and at least two people are reported to have been tortured to death.

The Russian government has been meticulous in exporting its human rights abuses. Following a 2008 war with Georgia, Russia exercises effective control over the breakaway regions of South Ossetia/Tskhinvali. There, Russian border guards and de facto authorities have securitized the administrative boundary, eroding living standards, limiting freedom of movement, and cutting off Georgians from their livelihoods and places of worship. Between February and March 2014, the government of the Russian Federation occupied and illegally annexed Ukraine’s Crimean Peninsula. Since the annexation, the Kremlin has targeted the Crimean Tatar community with a campaign of repression. Crimean Tatar activists have been arrested, media outlets shuttered, and elected representative bodies disbanded.