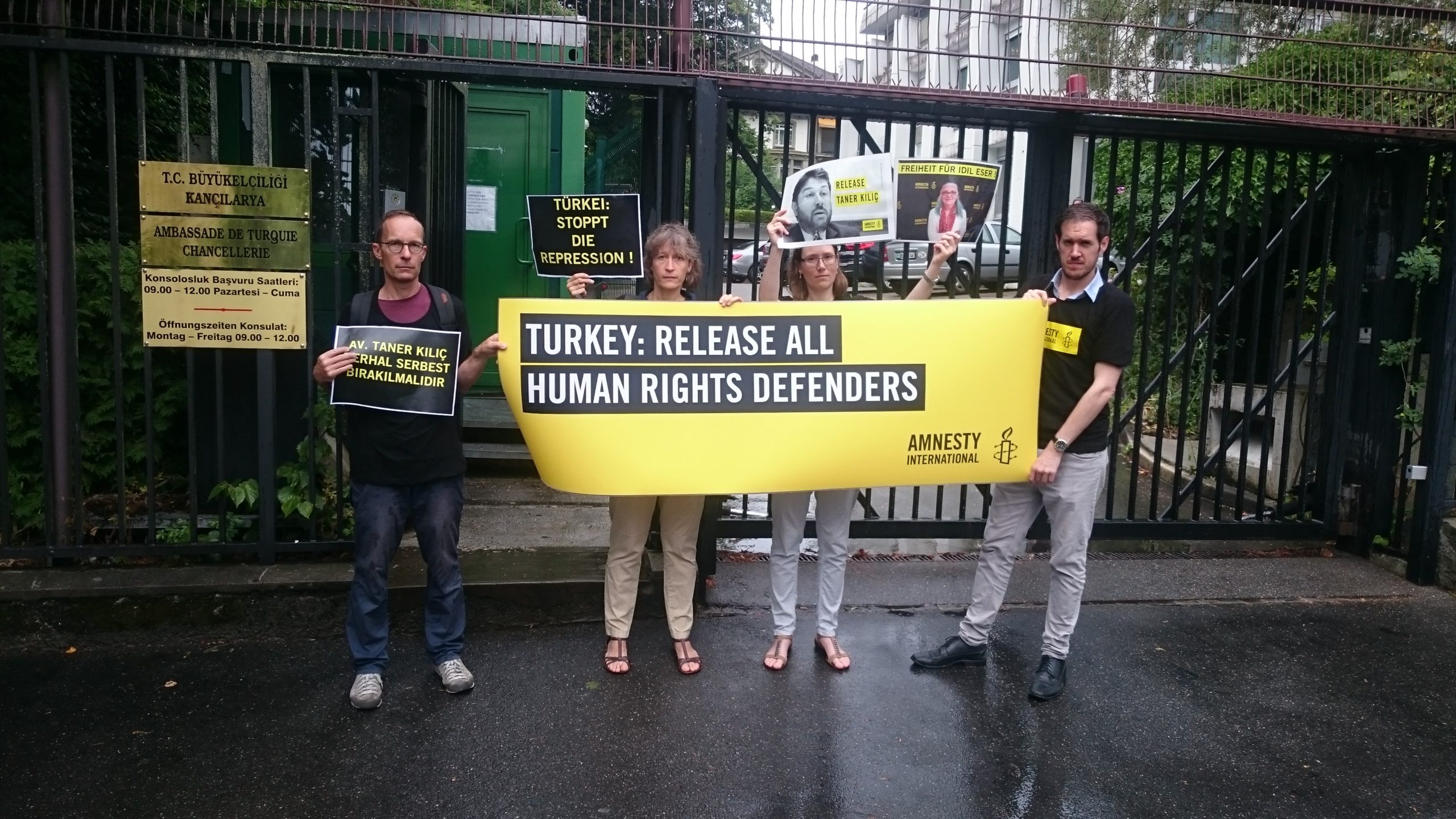 Author Ahmet Altan and broadcaster Nazlı Ilıcak have spent over three years in prison, the majority of which was in pre-trial, solely based on their critical writings and broadcast media commentary. On 4 November 2019,

Ahmet Altan’s re-arrest and detention give every appearance of being politically motivated, arbitrary, and incompatible with the right to liberty under Article 5 of the European Convention on Human Rights, which prohibits all arbitrary deprivation of liberty. The European Court of Human Rights has held that arbitrariness can arise where there has been an element of bad faith on the part of the authorities. His continued arbitrary detention in prison is a serious violation of his rights.

THE RIGHT TO EXPRESS FREEDOM OF EXPRESSION


In Turkey, the crackdown on real or perceived dissent continues, despite the end of the two-year long state of emergency in July 2018. Thousands of people are held in lengthy and punitive pre-trial detention, often without any credible evidence of their having committed any crime recognizable under international law. Journalists, political activists, human rights defenders, and people considered critical of the current government see their rights to freedom of expression and peaceful assembly severely restricted through lengthy pre-trial detention and trumped-up criminal charges. The authorities arbitrarily ban demonstrations and use unnecessary or excessive force to disperse peaceful protestors.

Criminal investigations and prosecutions under anti-terrorism laws and punitive pre-trial detention continue to be used, in the absence of evidence of any criminal wrongdoing, to silence real or perceived dissent. At least 839 social media accounts have been investigated for allegedly “sharing criminal content” related to “Operation Peace Spring.” Hundreds of people were taken into police custody and at least 24 were remanded in pre-trial detention.

Over 100 journalists and other media workers are in prison, either held in pre-trial detention or serving a custodial sentence. Some of those investigated and prosecuted under anti-terrorism laws were convicted and sentenced to years of imprisonment, their peaceful journalistic work presented as evidence of a criminal offence. Dozens of human rights defenders face criminal investigations and prosecutions and are detained in police custody or imprisoned for their human rights work, and opposition politicians and activists are continually arrested, tried, and convicted for crimes such as, for example, “making propaganda for a terrorist organization” in the case where 10 academics signed a peace petition in 2016 criticizing indefinite curfews and security operations in southeastern Turkey.