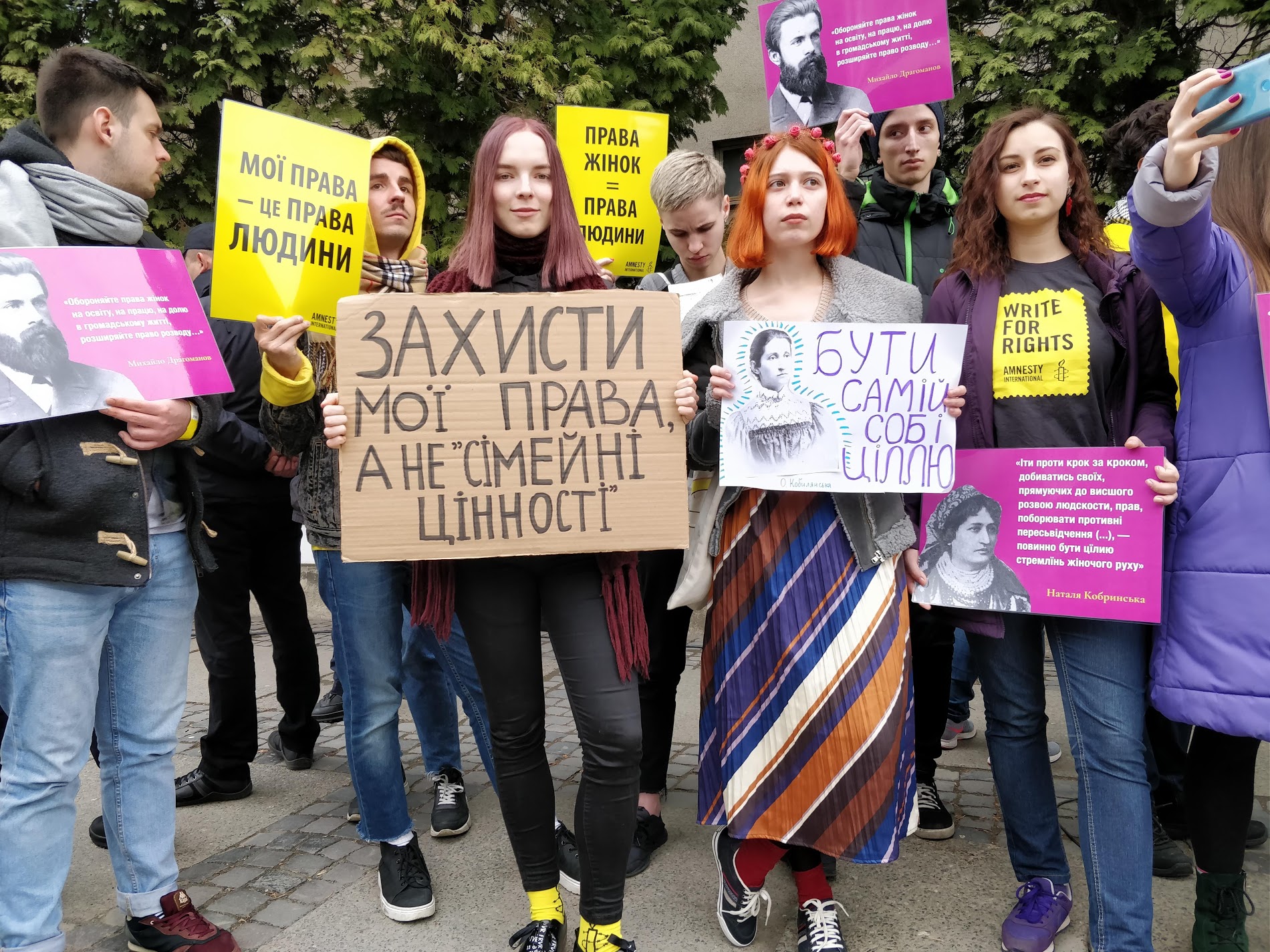 Recalling her experience of the attack, Vitalina told Amnesty International: “I felt pain, shock and fear: ‘I could go blind!’ … These long minutes it hurt, and I couldn’t get the thought that I could lose my sight out of my head.”

Since then, Vitalina has received threatening messages and has even been followed home. Within a month, Vitalina decided to relocate from her hometown because she didn’t feel safe anymore. The investigation into the attack against her continues, thanks in part to public international outcry. As the result of Amnesty’s 2018 Write for Rights campaign, 395,655 actions were taken globally in support of Vitalina, including 54,519 by people inside the U.S.

Ahmet Altan’s re-arrest and detention give every appearance of being politically motivated, arbitrary, and incompatible with the right to liberty under Article 5 of the European Convention on Human Rights, which prohibits all arbitrary deprivation of liberty. The European Court of Human Rights has held that arbitrariness can arise where there has been an element of bad faith on the part of the authorities. His continued arbitrary detention in prison is a serious violation of his rights.

Civil society activists are a driving force of change and reforms in Ukraine. They are at the frontline of fighting corruption and defending human rights. Because of their success, anti-corruption campaigners, journalists, and LGBTI and women’s rights activists are increasingly being physically attacked and threatened. Many sustained injuries and were silenced by violence. Some of them have paid with their lives for their work, like anti-corruption activist Kateryna Handziuk, who was attacked with sulfuric acid in July 2018 and died in November 2018 from her injuries.

Impunity for such attacks is endemic; perpetrators and organizers of the attacks often remain unpunished, and it emboldens them to plan and execute new attacks. Women, LGBTI people, and ethnic minorities are at greater risk since the hate motive of attacks against them is often not taken into account by police investigators. Unaddressed violence often leads to self-censorship, shrinking the space for activists to speak out, including online and at public gatherings.

From 2017-2019, Amnesty International documented a number of cases when victims were not aware of any progress in the investigation of attacks against them, let alone being contacted by the investigators after filing a complaint. Publicity and statements by foreign governments and international organizations often help move investigations forward, but this does not help address the problem at the systemic level.

Investigation departments within the National Police of Ukraine remain largely unreformed, unlike the patrol police, who underwent a sweeping reform to great success – in many ways thanks to the US government’s financial aid and supervision. This positive experience could be applied in reforming the police investigation departments.

The U.S. government must build on its successful experience of aiding Ukraine to reform its patrol police. Helping Ukraine reform police investigation departments would help to address the root causes of endemic impunity for attacks against activists and thus ensure the activists will be able to continue pushing for reforms in the country without fear of attacks or retaliation.

Many civil society activists in Ukraine are implementing U.S.-funded reform projects, and it is in the United States’ best interests to make sure they can do their work without fear of being attacked.